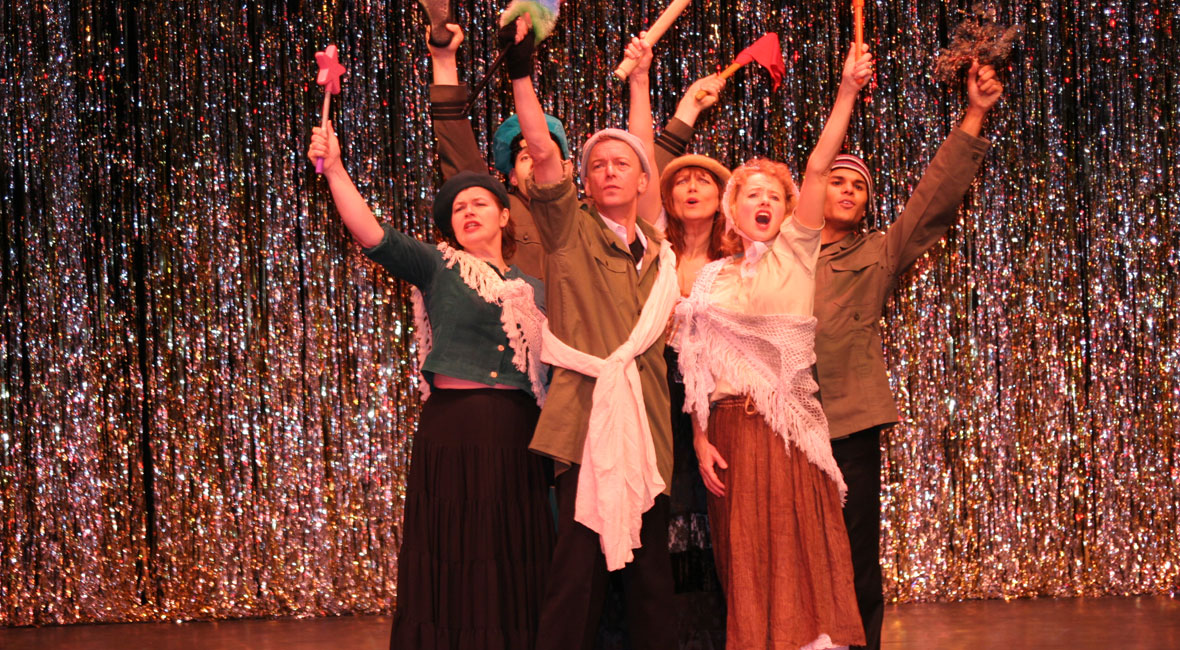 Blag Theatre Company was founded in 1995 by Richard and Lynn Beaumont. It was after the birth of their daughter Charlotte that they decided to produce their own projects so that they would be able to work together and on their own terms.

Their first show which they wrote was a production called "Return to the Forgotten Decade…The 50’s" and featured a cast of four. Over the next few years they produced several book shows including, “You’re a good Man Charlie Brown”, “Snoopy” and “Andy Capp”. It was after seeing “Forbidden Broadway” that they decided to write a parody of West End shows and Topical TV, this has proved to be their particular forte`.

In 1998 they wrote their first Christmas Parody show and have been delighting Watford audiences ever since. In 2004 they wrote “Rip Em Off” which they later renamed “Entertainment…My Arts!" Which they toured nationally and enjoyed an eight month run at the Arts Theatre in London.

The company is self funded and delivers small scale theatre productions to audiences in Hertfordshire and Buckinghamshire and the occasional UK small scale tour.

The company’s home is the Pump House Theatre, Watford, where it has a loyal audience base producing, plays and musicals including their now, infamous, annual Christmas show which delivers an alternative to pantomime but still accessible to family audiences.

Blag also have a Youth Theatre and provide weekly drama workshops in Hertfordshire and Buckinghamshire and also run corporate training for businesses. The company is led by Richard and Lynn Beaumont and recruits up to five performers per production, stage managers, musical directors and Musicians.