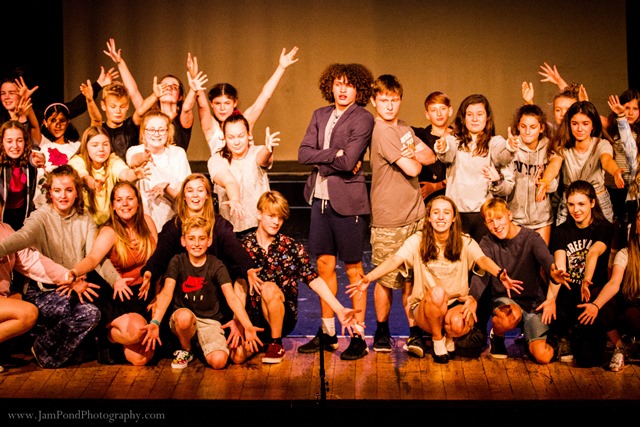 Blag’s first summer project was in July 1997 and took place at Watersmeet Theatre in Rickmansworth. That first project attracted 65 children; the following year in 1998 it had 125 eager children sign up to take part. Over the years the project has earned a first class reputation.

The Blag Summer project is completely unique in as much as every child gets a speaking part and an opportunity to shine. The scripts are tremendous fun; Richard and Lynn Beaumont write each of their youth scripts, creating parodies of well known musicals. Using similar plots but with a Blag twist they plagiarise well known musical theatre songs and rank up the comedic values so not only the kids have a ball but the parents absolutely love the shows too.

Originally the format was devised to emulate a professional production from casting to performance in just two weeks. Incredibly most shows now, are privilege to a longer rehearsal period but at Blag the children still turn around the whole show in just 2 weeks!

The summer project rehearsal day runs from 10am - 6pm Monday to Friday for the first week and then Monday to Saturday the second week.

The rehearsals take place in Chorleywood and the show is performed at The Elgiva Theatre , Chesham. This is a very important element of the project as it gives the children the experience of performing in a real theatre whilst it gives parents and friends the experience of seeing live theatre, so it really is a win, win for all.

If you would like more information about our next summer project please contact us or you can apply by downloading the forms.