The Sound of Muzak 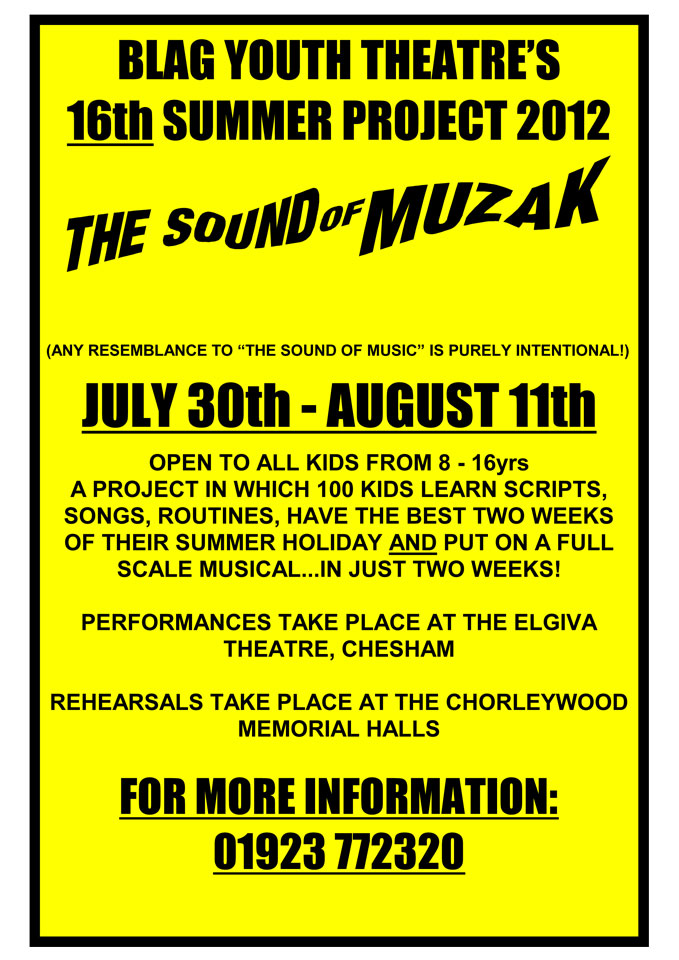 “The Sound Of Muzak” was a twist on that old family favourite "The sound of music". There were lots of parts created in this Blag original script. We had 14 von schnapps, 30 nuns, 30 nazi's, 30 novices and the usual, Uncle max, Captain, Maria, and Mother Superior. So plenty of parts for all ages.

Unlike the real story this time the nuns were competing for the chance to be heard in lifts everywhere and compile a compilation of the greatest lift 'Muzak' the world has ever heard. The question was, would they succeed, would the Nazi’s stop them and would Maria ever stop singing?