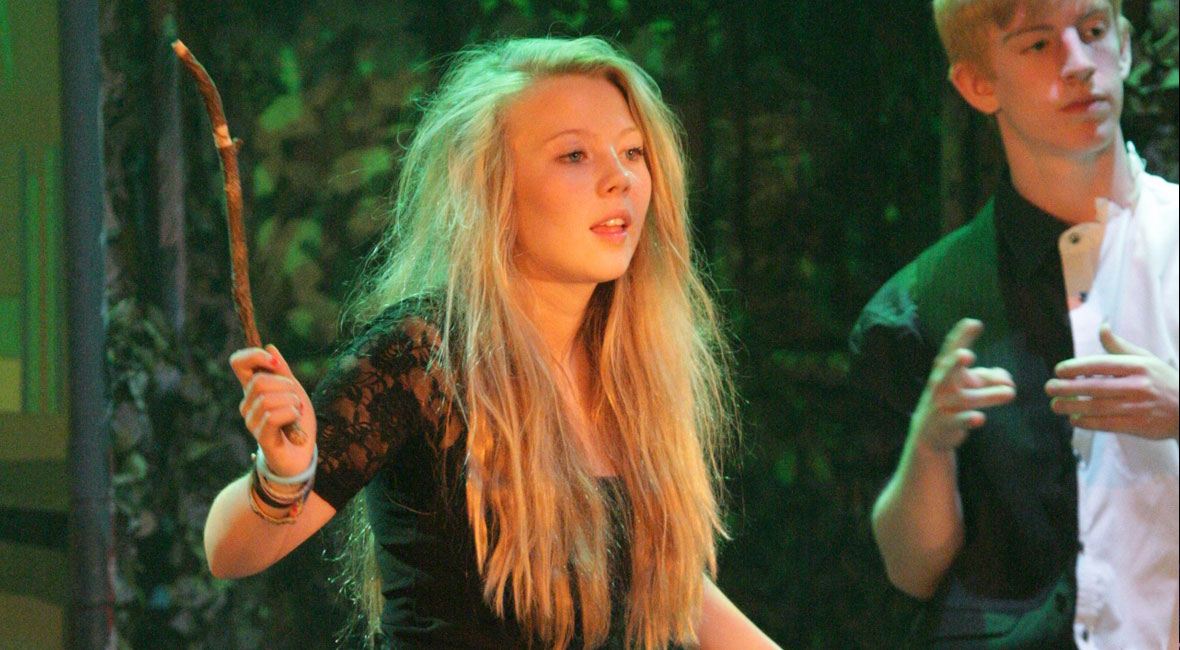 The Youth Theatre that runs from The Baptist Church hall Rickmansworth and The Whitehill Centre Chesham have had an extraordinary year with ex pupils appearing on TV and Stage even a world premiere of The Lovely Bones.

Blag are unique to the area as they are drama specialists offering acting lessons to children from 5 years old, they also offer quality vocal training in Musical Theatre.

Established in 1997, Richard and Lynn Beaumont local actors, set up the Youth Theatre to pass on their knowledge of the business to young people in the area.

Their classes offer affordable training and are non-elitist, at Blag everyone is welcome.

“Past pupils never cease to amaze us, embarking on the precarious actor’s journey or becoming performing arts teachers, so many are achieving such wonderful jobs”. said Lynn.

You can see ex Blagger George Banks as a regular in Coronation Street, Emily Jane Kerr and Chris Thompson hot foot straight from their hugely successful Edinburgh fringe production, Shakespeare for Breakfast to take up their next job in the award winning show, News revue at the Canal Café, London, as musical director and director/writers.

Singers Phoebe McCarthy and Zoe Carmichael also both enjoyed success at the fringe this year singing with Acapella groups.

Their own daughter Charlotte has just opened in the world premiere stage production of 'The Lovely Bones' to amazing reviews and Daisy Austin- Howell has won a place playing one of the seven dwarfs in Watersmeet Pantomime in Rickmansworth.

However the pupils talents don't stop there, others are channelling their talents by opening their own schools, running workshops, working on cruise ships, writing, stand-up, even a poet and ex pupil Tommy Ling has recently written and performed a new play at the Other Palace, so many ex pupils go on to achieve great things. However not just in the theatre and TV.

This year two ex Blaggers journeyed to America to work at Camp America, whilst others had volunteered for charitable organisations in other countries.

William Atkinson attained a place at Oxford university whilst

Joe O’Gorman will be taking up a place at The London school of Musical Theatre and Lucy Thomas has started at the infamous Italia Conti Academy, all such wonderful achievements.

Whether your child wants to be an actor or you just want to raise their confidence and social skills Blag can help them achieve this.